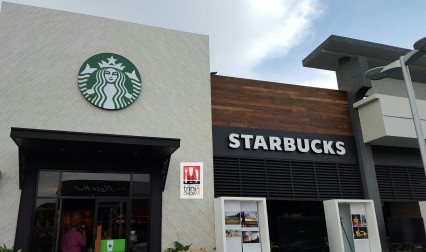 There was an outcry over the recent actions of Starbucks team members. In one instance the barista called the police on two men who were waiting for a friend and in the other case the barista refused to issue the bathroom key to a man. In both instances, the men were identified as black.
Starbucks immediately responded. The leadership apologised and shortly thereafter team members from 8,000 stores attended racial bias training.

From these events I conclude Starbucks leadership empowers frontline staff. They trust the staff to make decisions and to act on decisions made, without seeking permission. As a result, the baristas made decisions about who were allowed access and who were not. Why? Because that is the way that Starbucks does things. It is its culture.

By extension, I conclude that if two separate employees can authoritatively discriminate against two different black males, with no fear of recourse, in two distinct circumstances, then at Starbucks, this is the way that black males are treated. It is its culture.

Company culture is reflected in what is done and deemed acceptable at the very lowest levels of an organisation. Culture is demonstrated by the actions of the persons whom are away from the mikes, away from the glitz and glamour and who will never grace the cover of the Forbes and Fortune 500. These are the people who tell the world exactly what your company stands for and its core values.

A well written apology in sincere tones and  racial bias training sessions are great first steps for the leaders to say to staff that this is not whom we are. Yet we know that words have no meaning without context, and that if leaders do not reinforce the training then it goes to naught.

Starbucks’ leaders have done the right thing, now Starbucks’ leaders need to do the hard thing. Leaders at all levels of the organisation need to self reflect, to be honest in admitting the current culture and to determine how the company should move forward. Whatever the decision, leaders need to ensure that the operations are realigned to actively support what is espoused.

I offer Starbucks leaders the following questions to begin the process: